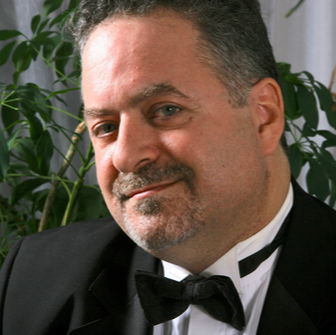 Music Director and Arranger Joseph Baker has been performing on and around Broadway for over 30 years. He has been involved in Broadway Shows such as ​WICKED, SHREK, THE LION KING, BLOOD BROTHERS, THE LIFE, GRAND HOTEL, STARLIGHT EXPRESS, THE TAP DANCE KID, LITTLE SHOP OF HORRORS, CATSKILLS ON BROADWAY, FOOTLOOSE, BELLS ARE RINGING, and LAUGHING ROOM ONLY.

His work as an Orchestrator as well as Vocal and Dance Arranger has been seen and heard in shows such as:  BUBBLY BLACK GIRL, THE GREEN HEART, PLAY IT COOL and FOOTLOOSE.

Mr. Baker has performed with several well-known artists on the concert stage, and especially enjoys work in the symphonic orchestra field. He has conducted for Artists such as Carole King, Petula Clark, Art Garfunkel, Helen Reddy, Chita Rivera, Leslie Uggams, Jackie Mason, Peter Gallagher and BOTH David and Shaun Cassidy!

Mr. Baker has also been music supervisor/arranger for several well known companies and charities for their special events. They include: the US OPEN, GLAMOUR annual Gala, BroadwayCares, SMILE TRAIN, UNICEF, AVON, ASTRAZENECA, PEPSI, K.I.D.S., and many others. ​​

Follow us on social media to be the first to hear the latest news!